We are going to a collegue's of Rhonda's house for an Easter meal.  Rhonda offered to bake a cake and Ruby happily offered to help clean up the mixing bowl! 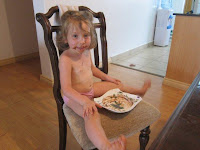 Posted by Michael at 5:39 AM No comments: 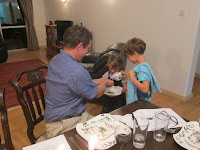 Tonight was the first night of Passover and we celebrated with a wonderful Seder.  We did a lot of shopping yesterday in preparation and Rhonda spent most of Sunday afternoon/evening cooking up a storm.  It was a great success as we a had a great meal with some nice company.
Posted by Michael at 2:56 PM 1 comment:

Yesterday was the national elections here in Kenya.  Last time they had national elections here in 2007 there were big problems.  One of the angst's we had with moving here was being in Kenya during this next election cycle.  Once we got here in August though I was less worried.  The country seems fairly stable.  There are pockets of violence but the areas we live in and go to do not seem unstable.  Of course things can change at any time which is why we took a lot of precautions, getting a metal gate across our front door for one.  Also the political class appears to be saying the right things to avoid a repeat of 2007.  In actuality though, only time well tell if things are OK. 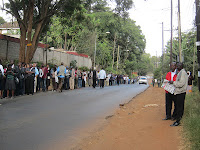 Yesterday, during the voting, I went for a bike ride and came across these unbelievable lines the citizens were waiting on to vote.  Just unreal how motivated the Kenyan are to have their voice heard.  This line must have been over a mile long.  Rhonda's co-workers are saying it took them between five to nine hours to vote.  I can't say that I would have had the perseverance.

In other news we went to Lake Naivasha two weekends in a row.  Because of these elections Rhonda needs to stay in Nairobi for the next two months, so this was our last chance to get-away.  The first weekend we just went as the family and stayed at a bed and breakfast.  The next day we climbed Mount Longonot - a dormant volcano with a distinct crater on the summit.  This has been on my list of things to do since we were last in the area in October. It was a hot, dusty climb to the crater rim, but we all made it! 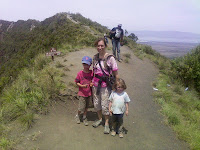 The next weekend we joined Matthew's cub scout troop for a camp-out.  It was fun with hot dogs over the campfire and roasted marshmallows. We did wimp out on the actual camping though - when everyone else went into their tents, we retreated to a comfy cottage and had a yummy breakfast. 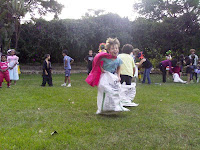 We didn't stay long though as we rushed to make it back to Nairobi to join the synagogue's Purim party.  The kids had a great time with the carnival games. 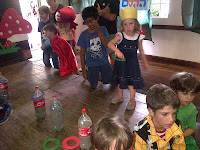 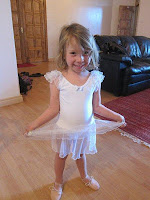 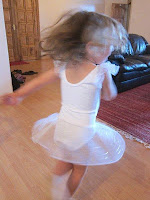 This weekend we stayed around Nairobi.  Got to see the swanky side of Nairobi as we went to a restaurant opening, Ruby got a ballet dress, hosted some friends for Sunday brunch and then an election day pool get-together. 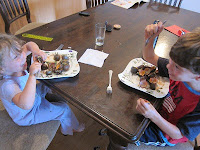 Today we planned for a mellow day with Rhonda going back to work.  We enjoyed a feast of our new favorite fruit - passion fruit and Matthew took a new step as he rode his bike for the first time without training wheels!

And I should mention how my full time job is going.  Very well!  (easy to say I guess, since this has been a four day weekend!).  Seriously though, I am enjoying the experience as I am working on a project that is similar to what I did in the States but from a new angle, so I am learning a lot and also feel that I am contributing to the growth of the organization.  I also enjoy the fact that I work with Kenyans, so I get a little window into Kenyan culture and work/office life in Africa.  Surprisingly (or maybe not) not too much is different - still have PowerPoint presentations, monthly b-day celebrations with cake, office cubicles, etc...
Posted by Michael at 12:01 PM No comments: