Bringing English to the Land of a Thousand Hills 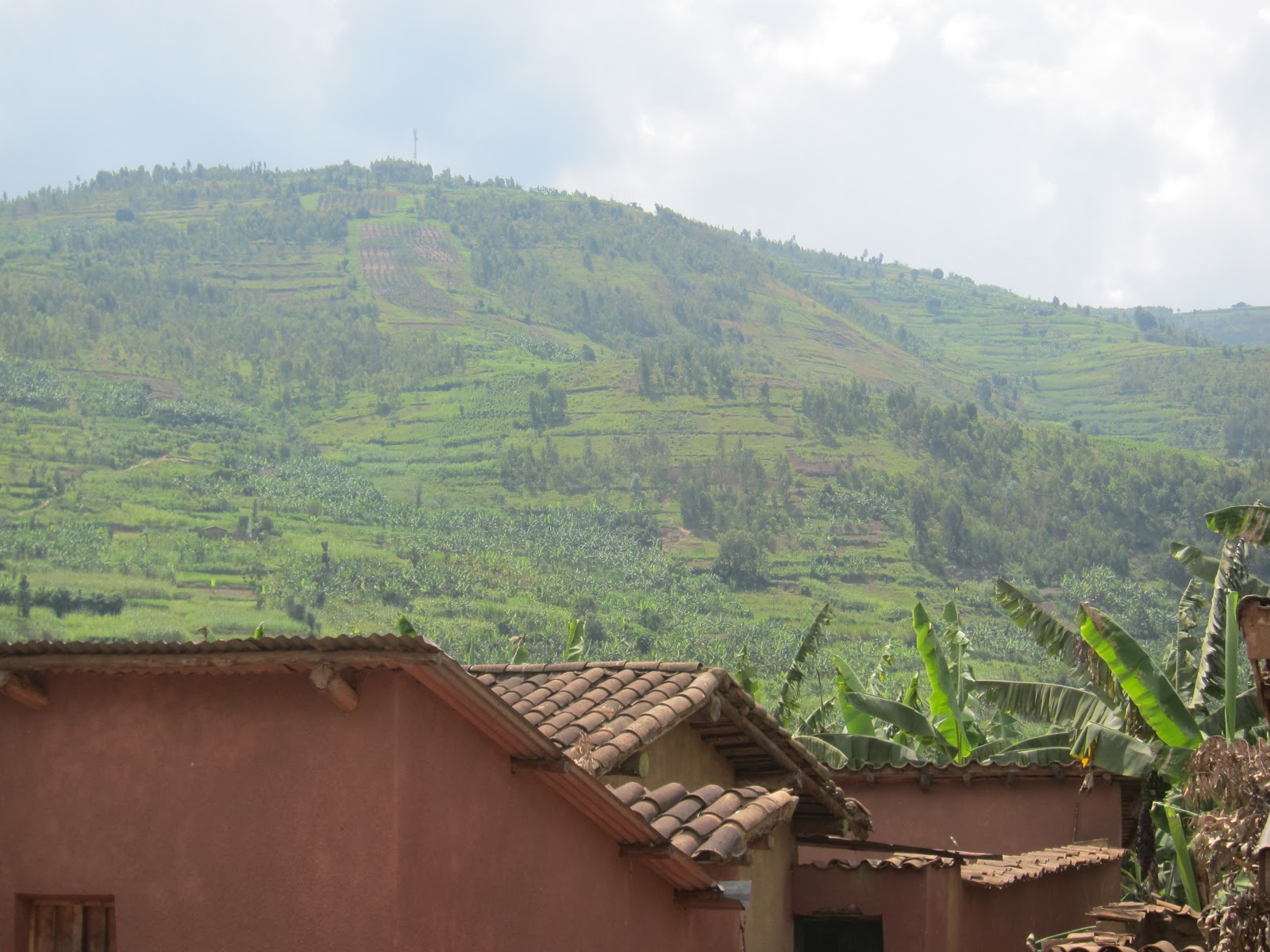 Most people are surprised to learn that Cultural Orientation for refugees preparing to depart for the United States does not include English Language instruction. Most of the refugees who are resettled come from long-term protracted refugee situations. Often with no or little opportunity for employment for years or even decades, the one thing they do have is time. It makes a whole lot of sense to give refugees English BEFORE they get to the U.S.  When they do finally arrive in Atlanta or Dallas or Buffalo, they are expected to hit the ground running and get jobs to support their families within a few months of arrival. Even though domestic resettlement agencies make sure some basic English is built into their resettlement plans from the very beginning, the demands of employment and the general grind of survival in an entirely different reality don’t leave much opportunity for long term English language study.


Needless to say, there are a lot of people who want to establish ESL programs on this end of the process, and the battle to prove the efficacy hasn’t been as easy as you’d think. Thankfully, 3 RSCs (Resettlement Support Centers) were asked to conduct ESL Pilots to see how much we could increase the English proficiency of refugees approved to resettle to the U.S.  The classes are to run for 4 weeks – 15 hours per week, and they are to target those refugees with the lowest English proficiency, including those who are pre-literate and can’t read or write even in their native language. If we can show some real gains and language retention, there is some hope for establishing some basic ESL at least in more vulnerable refugee caseloads overseas before they get to the U.S.
The start-up of this ESL Pilot has been no small feet, though I can’t imagine a more exciting and worthwhile endeavor for the long term benefit of the U.S. Refugee Program. Unlike the two RSCs in Nepal and Thailand, RSC Africa chose to run two sub-pilots – one for Somali refugees in Kakuma Camp in Kenya and one for Congolese refugees in Gihembe Camp in Rwanda. The difference being that we would recruit and train two local ESL instructors in Gihembe who are Congolese refugees themselves. Our hope is that the Gihembe model would be more financially sustainable than paying for American (or even Kenyan) teachers to work in the camps. Of course, an added benefit is to provide employment opportunities for the camp community.

After a couple of months of program development, staff hiring, logistical planning and two weeks of orientation for ESL Interns that we flew in from the U.S., I left on May 25th to launch the Gihembe ESL Pilot in Rwanda.


Arriving in Rwanda
Others had told me that Rwanda functions relatively efficiently for an African country, partly due to the authoritarian government. For instance, plastic bags are banned in an effort to preserve the environment, and noone’s supposed to refer to the “Tutsi” or “Hutu” ethnicities out loud in an effort to further national reconciliation since the genocide of 1994.  Everyone is Rwandan.  Period.

The strong hand of the government toward some idealistic goals was upfront and center as soon as I arrived in Kigali. I landed on the last Saturday morning of the month, only to find out it was “Muganda” (not sure if my spelling's correct). Muganda is a national day of community service, and everyone is expected to do yard work in public parks or some other way of helping the community. There were no cars on the road, as people were supposed to be working – not driving around. Our driver had obtained a special government permit that allowed him to drive our diplomatic mission around, but every few minutes we were stopped by police barricades, and he had to show his permit.  The police presence was everywhere.  I’m told that not everyone’s so onboard with Muganda, and it’s not uncommon for people to hide in their houses until it’s over.
All in all, Rwanda is beautiful. Lush greenery covers the many rolling hills.  Kigali itself is surprisingly developed with modern amenities, likely due to the influx of international aid money after the genocide. As one guide book put it, despite the irony, Rwanda benefited from development money from the international community who felt guilty for ignoring Rwanda in its darkest hour.﻿﻿﻿﻿﻿﻿﻿﻿﻿﻿


Our small team (myself and a very bright and conscientious ESL Intern) had a briefing meeting with organizational partners at the UNHCR office, took care of some errands and left the next morning for Byumba. Byumba is in the North of Rwanda about 60 kilometers from Kigali. The countryside is beaucolic with even more green, rolling hills. Byumba would be our base for our work in Gihembe Refugee Camp about 6 kilometers away.
Gihembe Refugee Camp
﻿


The Congolese refugees in Gihembe Camp have been there since 1997 after fleeing conflict in the Congo and then being targeted by the Interhamwe (the same group responsible for the Rwandan genocide) and surviving two incredibly violent massacres of their entire village.
Rwanda is a welcoming host country for refugees, and this particular group is ethnically similar to many Rwandans, speaking the same language (Kinyarwanda), so social integration is relatively smooth. While refugees are allowed to work in Rwanda (not always the case, depending on the host country), getting a job is incredibly difficult and real legal integration is not possible. I’ve learned that getting sufficient water is problematic in Gihembe Camp and in Byumba in general, as the population has outgrown the infrastructure. Gihembe Camp itself, with a population of about 14,000 people, is very overcrowded.
﻿﻿
One of the Kenyan trainers in my department once said, “The Congolese are blessed.” And, it does seem that the number of children amongst the Congolese throughout Sub-Saharan Africa is notable. Apparently it’s not just the Congolese that have a lot of children. A local officer from IOM (the International Organization for Migration) told me today that many Rwandans have purposely increased the number of children they want to have since 1994 to sort of replace those that were lost in the Genocide. Between the dense population of Rwanda itself and the continuing influx of Congolese refugees, the large population puts a major strain on the infrastructure and the soil of Rwanda.

Needless to say, with no prospects for safe return to the Democratic Republic of Congo any time soon (if anything things seem to be getting worse), one can understand why resettlement is needed for this group of malnourished, traumatized people.

Trunks in hand, full of training materials, student workbooks, electrical cords, hand sanitizer, a small amount of personal affects, we made our way to the Hotel in Byumba. We put on our fleeces and hats, as the cold chill at this high altitude was surprisingly persistent, and we prepared to explore the worksite that would be home to our English Pilot for the month to come.